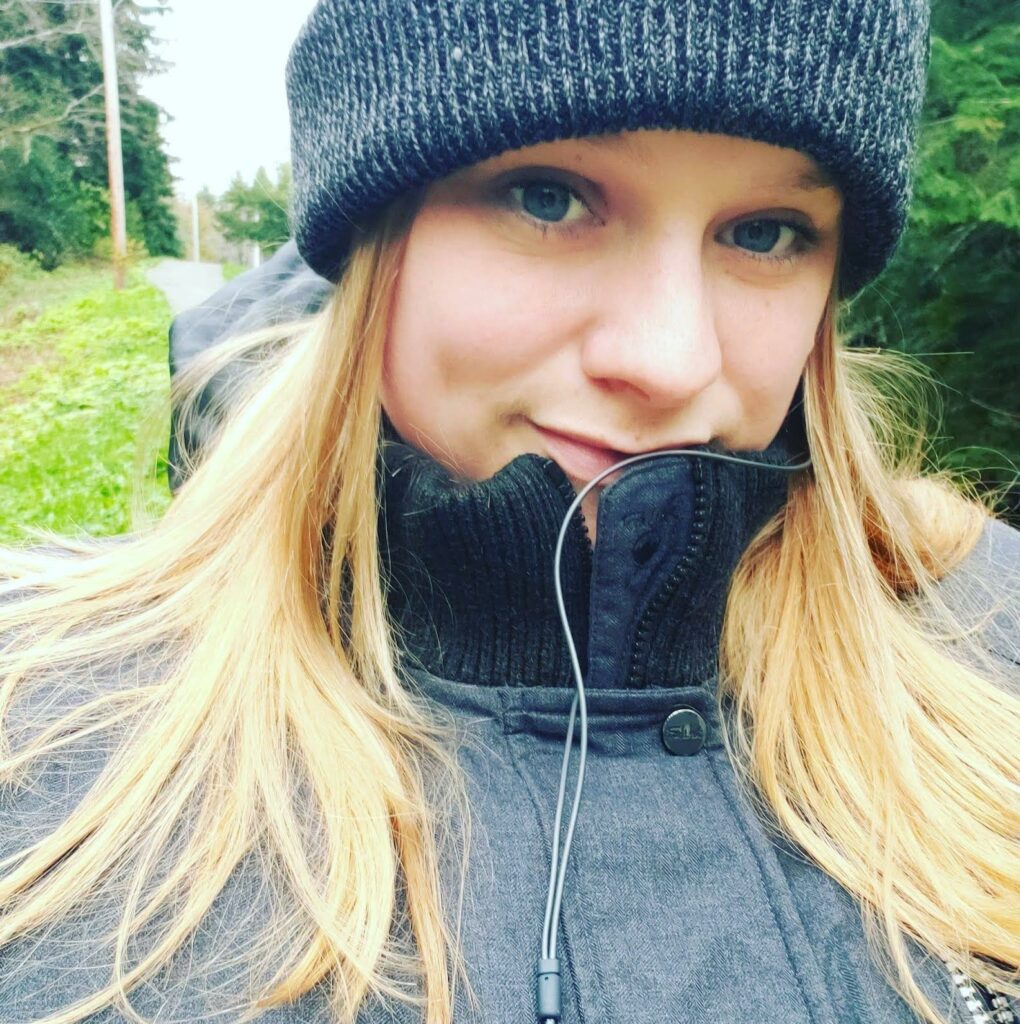 Hello, my name is Mattie and I’m a 29 year old woman from Kitimat, BC and I have HS Disease. This is my HS Origin story.

My HS symptoms first appeared when I was about 18 years-old. I had gotten a lesion on the underside of my breast. I’ve always been large in the chest area so I hadn’t thought much of it and ignored it. Eventually, over the course of the year my symptoms started getting worse, so I sought medical attention. My doctor at the time kept telling me that it was my fault and that I was “dirty” for lack of a better term. He just kept prescribing me antibacterial soaps with no actual relief or explanation of what was going on. At the time this was really upsetting, but honestly – looking back, I just don’t think he was familiar with it.

It took about 3-4 years before I got an actual diagnosis of HS. I had moved to Kitimat, BC and got a new family doctor. I sat in his office for about 5 minutes and he diagnosed me with HS. As much as HS really sucks, the feeling I got when he told me was a huge relief. I knew then I would be able to start researching and understanding the diagnoses more.

The very first thing I did was go to google, typed in HS and hit search! I started with links to Wikipedia, and different medical articles on it just to get a better understanding overall. I take everything I read on the internet with a grain of salt, but I needed to start somewhere! My doctor knew a little bit about it, but not a whole lot at the same time, so I asked him to refer me to a specialist or dermatologist. I also stumbled upon support groups over Facebook which is a huge help in knowing I’m not the only one!

After my initial diagnoses I began researching HS and experimenting with food elimination and boy was I happy I did!

I learned that nightshades and sugars were a big no-no for me and have since cut them from my diet altogether, and my HS has improved immensely. With the combination of the Doxycycline and food elimination, I have been able to manage my HS to a tolerable level. I do believe there are more foods that I need to look at eliminating, which will take more time to figure out!

HS has 3 stages of severity, and I’m in different stages in different sites. In some areas I am between stage 1 and 2 and others I am between stage 2 and 3. As far as treatment plans go right now, I have a minimal plan with my Family Doctor. I have been on Doxycycline for over 5 years now, and although it hasn’t eliminated my HS – it has helped tremendously. We talk about it often when I see him, and until a better option for me comes available, we are sticking with what’s working.

For a long time, the biggest part of my life HS impacted was my family life. There are a few ways I try to stay positive while dealing with the negative feelings often associated with HS. Things like talking to my better half, going to the gym or for a walk with the dog. I also enjoy listening to all kinds of music or podcasts while putting around the house.

Music wise my playlist ranges from classic rock, to classical, to pop or country and always has Disney music somewhere in there too. I am a HUGE fan of the American version of The Office. Two of the actresses from the series has a Podcast called “The Office Ladies” which is funny and uplifting while all the while learning about the behind the scenes of the show. That would be my favourite Podcast. A couple others that I listen to are “Science VS” and “2HotWives”.

My family does know about my HS, but I ultimately don’t talk to them about it as I just don’t feel comfortable discussing it with most people. I’m a fairly stubborn person to begin with, and I don’t like to be coddled etc. On the other hand though, my soon-to-be husband is my rock. He is unbelievably supportive and understanding with my HS. He understands better than anyone my moods and always knows how to help me navigate all aspects of it, whether it’s an emotional low, to being extra self-conscious about being around other people.

A tip I would like to give for anyone dealing with HS, is to learn to listen to your body. I started by eliminating a large group of foods from my diet and then would slowly take turns on introducing them back into it. I would quickly come to realize how I was feeling after eating certain things. For example, sugar – I instantly get tired, sluggish and get a headache (but I’m not diabetic, I got tested because that is what I thought it was initially!)

Additionally – I would see a new active spot make its appearance some hours later. That was the start of learning to listen to my body. From there I started focusing on my eating habits and lifestyle. I’ve learnt when I’m feeling extra tired – I have an active flare starting and shortly thereafter – it appears, and it becomes “angry” as I like to call it. I am still learning myself, but since I’ve adopted this method my skin, mood and life have significantly improved. I’ve come to know when something is going to affect my body negatively, and how to combat an emotional low. Like I said, I am still learning but so far, it’s working! I am in a much better head space and have learned to enjoy life to the fullest!

During a recent trip to the doctor’s office, I had quite a positive experience related to HS! The doctor I saw was new to the practice, and just happens to have more experience in the HS department than my family doctor! Previously she had worked with a Dermatologist who specialized in HS, so I am looking forward to developing a good relationship with her alongside my family doctor.

If I could say anything to an HS Hero or newly diagnosed HS patient it would be this. HS really sucks the big one, it’s going to tear you down emotionally and physically, but just remember you aren’t alone! Once upon a time, I felt like I was so alone, but have since realized there is a whole community of support and knowledge. It’s not going to happen overnight, and it will take some time, but keep your head up!