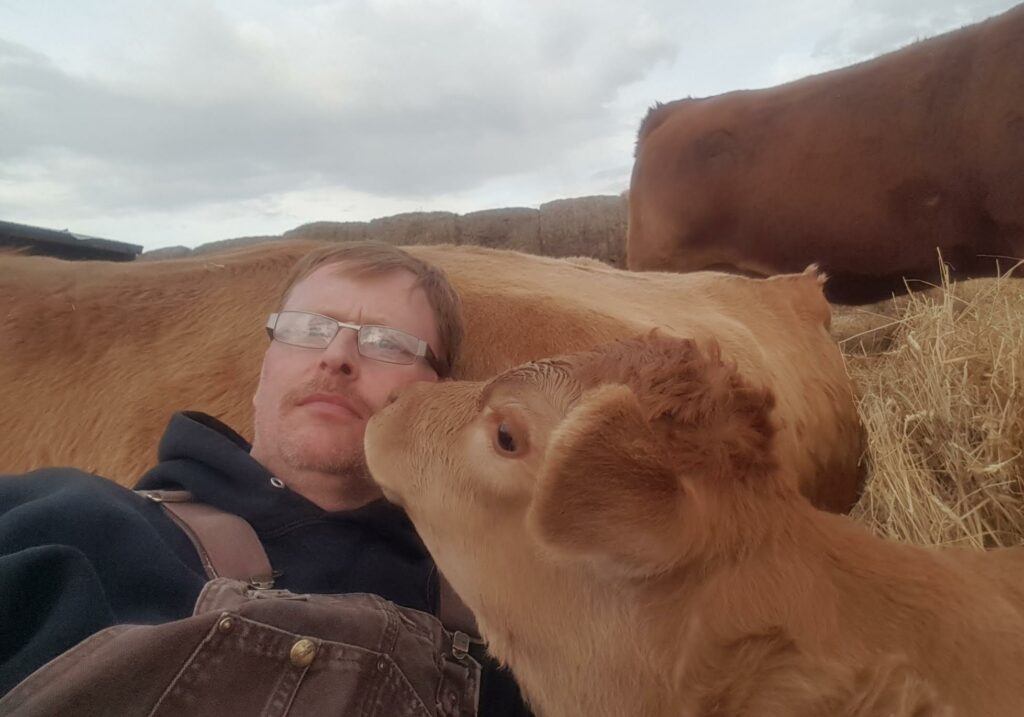 Hi I’m Glen, aka (Rockbottom) and I live on the same 1600 acre grain farm in Saskatchewan, Canada that I was raised on. I’ve spent the whole of my 53 years here south west of Unity, and still haven’t grown up. I have HS Disease and this is my story.

I had very bad acne in my high school years with sores in my armpits, but the first sign of something serious came when I was 21. It was 1989, and I got my first major boil on my buttock. I couldn’t know at the time I was in for the ride of my life, and that ride escalated fast! I was diagnosed with HS in 1991 by my first dermatologist and was already in stage 3 with many draining lesions and sinus tracts.  We had already exhausted the antibiotic treatment by then with Accutane being the next medication victim in the fight.

2003-2013 was the worst of my HS life, and there have been many medication victims since that time with no success and a disease that continued to win and survive. I had 15+ draining lesions with many tracts and both naturopathic and conventional treatments all failed.  Accutane, Soriatane, Proscar, Remicade, radiation, over 700 Kenalog injections and lancing were just some of the failed medication victims. 2015 was the year of dermatologist number 7, [out of the 9 total I’ve seen in 2 provinces] and something exciting finally was going to happen.

In 2016 we started Humira, finally a medication that had some success in this awful battle.  These were some of the best years of my HS life and we almost put this demon into remission, but not quite.  After 5 years on Humira I made another bad decision in this battle.  I decided to join a trial study for a new biologic, and I had very high hopes for this medication. Sadly the new biologic is currently becoming another medication victim and my HS is progressively getting worse. I am always amazed at how fast HS can progress, and I wish it would also de-gress that fast.

I used to be very secretive about my HS but I am no longer embarrassed. I have fooled people for too long when they looked at me and said “I can’t believe that is all going on downstairs and you can walk around with a smile on my face”.  There is a line from the musical Phantom of the opera that goes “Masquerade, hide your face… so the world will never find you”. These words always melt my heart, and I find them so fitting for this disease. I find our biggest fights with this disease are always on the mental side. HS has taken so much from my social life over the years, I guess the greatest mental therapy I have is the farm and working for a different farmer as well, so I try to stay busy.

After burdening people with my HS, I feel that I bore family and friends somewhat. For that reason I tend to go quiet, and I guess I would have to say that I am my own Hero. After all, I am the one that has this cross to bear. The only tip I have for other Heroes is to get on top of this nasty disease as fast as you can.  The longer you wait for diagnosis and treatment, the harder it’s going to be to win a lifelong battle. You must get the upper hand! Do everything in your power, and time is of the essence before the disease can progress.

My most positive experience I’ve had with a doctor was my radiologist. He was the first doctor I’ve had to be completely honest with me about HS. He told me more facts and shared more knowledge than any dermatologist I have visited.  I received 5 doses of radiation just on 10% of the active HS areas, but he did not want to pursue further treatment with such poor results because he could do more harm than good.

Always remember you are doing nothing wrong, you are not dirty, you’re not eating wrong, and it is NEVER YOUR FAULT! It is just a systemic inflammatory disease that is fighting in your body; it is never your lifestyle!

“Good times never seem to last, so you can be sure as hell, the bad times will not last either.”

Stay strong, we are all unique.