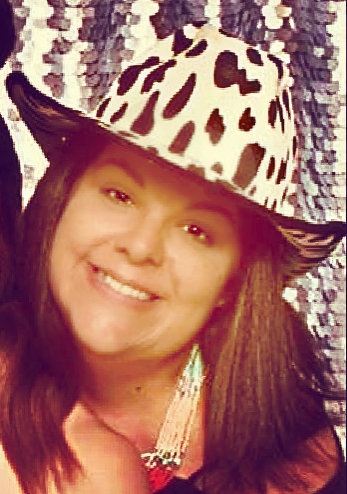 My name is Julie and I’m a 46-year-old woman from Ontario, Canada and I have HS.

This is my HS Origin Story.

My HS symptoms first appeared when I was thirteen at a time when I was away from my family. I was scared, worried and in pain. When I got home, we went to the doctor where I had my first lancing and packing. Personally, I truly believe my HS was born out of trauma and inner turmoil. At thirteen, my fifteen-year-old brother died suddenly and it impacted our family hard. One month later, on June 17th 1988, I got my first boil, as we called them. I would get one boil every couple of months until they started multiplying as the months went on.

When I was twenty-one, my mother, who was my closest supporter, died of cancer.  I also experienced other life changing events that caused self-esteem and self-worth issues. My HS became exponentially worse. It took over ten years before I heard the words Hidradenitis Suppurativa. It was an ER doctor who diagnosed me and referred me to a surgeon. Many surgeries followed.

There are three stages of severity for HS and I am in the most severe, stage 3. Along with HS, I have some regular aging conditions like Osteoarthritis, etc.

I do not have a treatment plan currently. I have had three gland removal surgeries and one skin graft surgery that helped for a time. Before surgery I was put on tetracycline but it was discontinued so I was given a nine month round of Accutane. Both meds showed little results. My HS has changed somewhat over time, especially now that I’m in the Peri-menopausal stage of life.

EVERYTHING in my life has been impacted by HS. The entire course of my life was changed on account of thirty-three years living with the condition. I try to stay positive while dealing with the negative feelings often associated with HS but it’s very difficult. I am on anti-depressants and the love and support of family and friends helps. I have discussed my HS with all the people close to me. After thirty-three years, it is hard to hide it. My father has been my Hero and my rock since day one. My husband has now taken over those duties. I love them both.

A tip I use to manage my HS is my diet. The autoimmune protocol (AIP) diet has helped along with quitting smoking, if I could just keep up with both. I have never been 100% strict on the diet, instead I tailor it for me. What I believe was working for me was the elimination of all nightshades, refined sugar, gluten and limited dairy products. I try to have mostly natural, plant- based foods with low preservatives.

I have also quit smoking on more than one occasion, and I know in my heart that it does and will help. After thirty-three years, you begin to know yourself, your condition and your triggers. I always get additional flare-ups when I’m stressed or holding in anger and guilt. I know these things are not a cure. I know I’ll always have scars and will probably always have oozing holes in my body. But I believe that if I could get myself together and quit smoking, eat healthy, and try to instill some inner peace, it would help with the nasty, angry, and painful lesions I experience.

There have been some positive experiences related to my HS such as having some great doctors. Unfortunately, the “bad” doctors have outweighed the good ones. If I could say anything to an HS Hero who is struggling or a newly diagnosed HS patient, I would say to hang in there. Mental health is so very important when dealing with HS, so make sure you make yours a priority.

I don’t see myself as an HS Hero. This disease sucks and it has ruined so many parts of my life. Yes, I survive with it… but do I flourish? No. Am I all I was supposed to be? No, I am not. Despite that, I will still wake up tomorrow morning and try again.