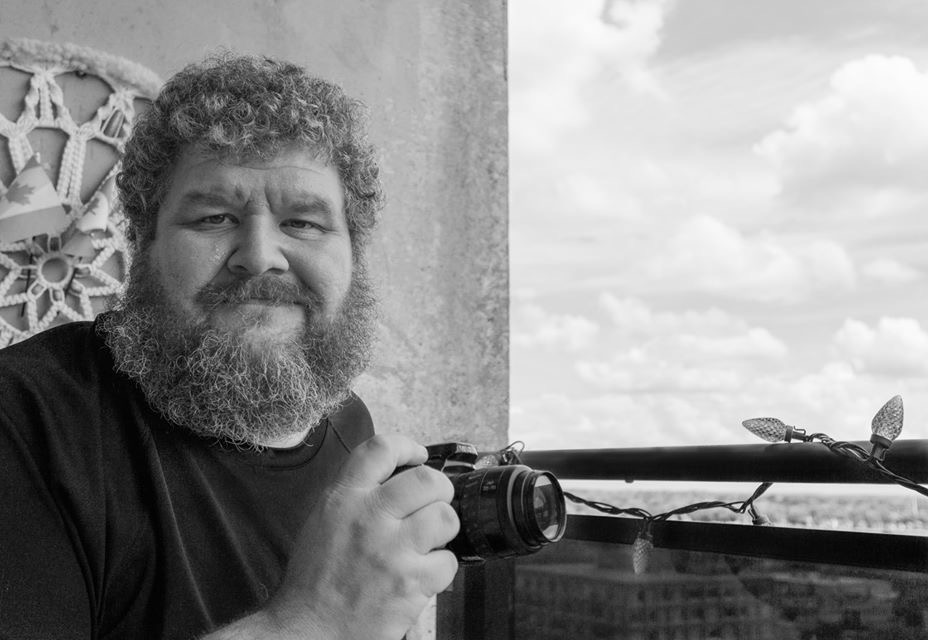 My name is Michael Wiens and I’m a 43-year-old male living in Peterborough, Ontario.

My HS symptoms first appeared when I was in my early thirties, and at first, I was very confused by them. I had a history of mysterious medical symptoms [like losing my teeth by the age of 23] so the appearance of a few, small, isolated bumps in my armpits that bled a little did not concern me much. After about a year of getting one or two lesions per month in each armpit, they disappeared.

Fast forward another year later and the bumps returned, but this time, they did not appear in my armpits. The lesions were now below my waist. Over the next 2-3 years the severity went from manageable to concerning. They started recurring more often than they had in my armpits, and they would be there for much longer as well. What really started to worry me though, were both the size and the amount of pain some of them were causing me.

Looking back now, I realize that I should have said something to my doctor about these draining bumps and boils years before I finally did tell him. There were two reasons that I remained silent, the first being embarrassment. Part of me thought there had to be something I was doing to cause them. I was too fat, I didn’t wash enough, etc… The second reason was that I was afraid he’d be annoyed or angry that I wanted more of his time and that I’d possibly overwhelm him.

You see, before the HS even appeared in my life, I already had a complicated medical history. The first time I met my new GP was after moving from Pembroke to Peterborough. I’d already had a diagnosis of Fibromyalgia with depression. In the couple of months before the move I had started getting major headaches, so I thought that once I was a bit more settled, maybe it was time I found a doctor in my new city.

He started a full physical and I remember him being interested in the fact that I had lost my teeth so young. When he took my blood pressure his eyes came close to bulging out of his head.

After double checking it, he said to me that he thought he knew why I was getting headaches. He said that my blood pressure was 180 over 132mmHg. [To put it in perspective, the “normal” range is 120 over 80mmHg. My blood pressure was extremely high.] He also found

several of my joints were inflamed and my range of motion was reduced. When he was done, he told me something that changed my life. He said “I don’t think you have Fibromyalgia. I don’t know what the heck you have, but I’m not going to quit trying to find out!”

He started sending me for tests and I have since heard him tell many medical students what happened next. “The more I looked, the more I found. He had osteophytes [bone spurs] pinching nerves and herniated discs throughout his spine along with multiple problems in bones or joints in the rest of his body.”

He truly wanted to help me, and never have I encountered a doctor as an adult that I felt took me seriously until I met him. I was petrified that I would do or say the wrong thing and he’d stop seeing me. So, I told myself that I could handle the boils on my own and that maybe when I knew him better, I would mention them if they were still bothering me.

That plan worked… until it no longer did.

I had one lesion that was the size of a golf ball in my groin. The pain was almost unbearable, so when it burst I assumed the pain would start to get better. Instead, it continued to drain every day and never really got any smaller. Around 2-3 weeks later, I started to panic when the bump started growing again. Between the severe pain and major anxiety about what was happening, I finally knew that I had to tell my doctor about it.

Although I didn’t know it at the time, I was very lucky to have a doctor who was able to give me an educated, professional diagnosis. After making my call to him, he squeezed me in for an appointment later that afternoon. In tears, I explained to him what was going on and when he saw for himself, he commented with some surprise at the number of scars I had.

He then explained that he was going to send me to a Dermatologist for confirmation, but he was quite confident I had a skin condition called Hidradenitis Suppurativa. What I learned much later was that the average HS patient sees ten different doctors and usually waits up to seven years to get a proper diagnosis.

There are three stages of HS and at my worst, I was a severe stage 2. I am happy to say I am now in stage 1. My HS diagnosis was the final piece in the puzzle that eventually led my doctor and I to put a name to what was going on with me. My full diagnosis is Sapho Syndrome with associated HS Disease. Sapho is an acronym standing for Synovitis, Acne, Pustulosis, Hyperostosis, and Osteitis.

Synovitis is an Inflammation in the lining of your joints and acne is self-explanatory. Pustulosis is the skin disease that normally goes with Sapho. Instead of the HS boils, Pustulosis patients get blisters on their hands and feet that burst open. In rare cases, Sapho patients get HS instead. Hyperostosis is excessive bone growth [which is what has been going on in my spine] and Osteitis is inflammation of the bone [likely the culprit of why I had lost my teeth].

My current treatment plan for HS includes washing daily with special soap, weekly injections of Methotrexate, and Remicade infusions every 4-8 weeks. I’m also on several different pain medications and I can get steroid injections into any problematic lesions from my dermatologist.

I have a few HS Heroes in my life like my Dermatologist and my GP. My biggest Hero is my Father. He helps me with the day-to-day struggles that I encounter and I can’t thank him enough for his love and support. No matter what I need, whether a drive to a doctor’s appointment or day surgery, or a shoulder to cry on, he is there for me.

HS can be a very difficult condition to handle both mentally and physically. If I need to de-stress, I have a few ways of trying to release the negative feelings. My first line of defense is listening to music. I have songs for pretty much every occasion; including ones that I’ve learned can help me feel better. The second thing I do [if I am physically able to that day] is anything related to photography, such as taking pictures or editing them on my computer.

I am also very lucky to have an amazing group of friends [some who have HS too, and some who do not] that I can turn to. Without them in my life, I have no doubt my sanity would be long gone. The first time I told someone about my HS who was not an immediate family member or medical professional, their reaction truly surprised me.

It was someone who I had known for well over a decade as I had gone to college with this person and we were just starting to re-establish a friendship. We were talking online when I told her about it and there was a longer pause then normal as she took the time to look it up on Google.

Around the time I had convinced myself that she was grossed out and I’d never hear from her again, the BING sound from the messaging app told me I was wrong. I forget the exact words of her response, but much to my surprise, it was along the lines of “That looks and sounds like it would be really hard to deal with. If you ever need someone to talk with or just listen… I’m here.” And she meant it.

Before I was diagnosed and even a while after, I felt very alone and isolated thinking that no one would understand how I felt. That completely changed after I met up with a fellow HS patient for the first time. We quickly learned that we felt pretty much the exact same way as the other person… alone.

If I could say one thing for sure to a fellow HS Hero who was struggling, or who was newly diagnosed… I would tell them that there is no need to fight the HS battle alone. It was vital for my mental health to talk with other people about what I was going through. At first, these conversations happened with people who were there for me, but who could not really understand how I was feeling. It became just as important [at least for me anyway] to talk about it with others who understood exactly what I was going through, because they were going through it as well.

The second thing I would recommend is do your research. There is an old saying that goes “Know thy enemy” and I think that applies with any medical condition you have. I have had to explain both Sapho and HS to more medical professionals then I can count, and in order to do that knowledgeably, it is sometimes not enough to only talk from experience, but from facts as well.

There are some amazing places online that you can turn to for support and you will then be connected with others whose lives have also been affected by HS. The HS community is one of hope, shared patient experiences, and strength. Soon enough, you won’t feel so alone, and the weight will start to lift. The hope will return as you think to yourself “We can get through this together.”

I would not have believed it when I was first diagnosed but HS has given me a number of positive experiences. Most, if not all have involved either the people I’ve met or the interactions I’ve had with them. Even though HS is a horrid disease and I’d never wish it on anyone, it has given me the opportunity to turn pain into purpose, while making friends from across the country and around the world.

I’d never want to change that.