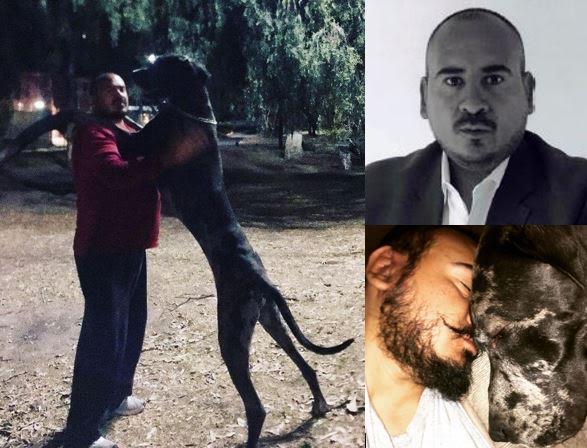 Hello everyone, my name is Norman and I’m a 36 year old male from Vancouver, B.C. and I have HS Disease. This is my story…

My first HS bump appeared when I was 24, though I was growing older and thought some of those “weird pimples” were part of it. It hurt a lot; however, I just let it be and endured the pain and symptoms for about a year. It was mostly about me being busy, working and not taking care of myself until one day I had enough of it and went to the doctor. Fortunately, I was diagnosed by a Dermatologist about 1 month after the first consult and running some tests. HS has 3 stages of severity and I’m in the most severe, which is stage 3.

I’ve tried many kinds of treatments for my HS, things like surgeries, draining,  a few failed attempts due to not being a candidate because of my liver condition [I have a fatty liver]. Botox was even used, in my case to try to stop sweating as much and for the skin to be less prone to creating new bumps, but it didn’t work as planned.

There was also a last resort mixed therapy of acupuncture, ozone, and herbal treatment which helped me a lot. The ozone treatment was first applied directly and injected into the active areas, later it was applied via IV along with some herbal components. From what the doctor told me ozone helped to heal faster and promote tissue recovery.

It was really painful at the beginning, but it had amazing results. In general I must confess I was not a fan of alternative medicine, but I did see results and things happening that I never thought possible. Things like hair growing again in some of the old areas, the scars becoming less painful and my HS being under control like it hadn’t been in years.

In 2021, I moved from Mexico to Vancouver. Right now I’m just taking care of myself, trying to stay healthy, avoiding risks, and managing pain since it’s somewhat under control. I often deal with some open wounds and will soon be looking for a doctor in Vancouver.

I’d have to say the areas of my life that HS have impacted the most are all of them. I’ve dealt with so many things, as we all do. I have a really bad case so having a “normal” life is not for me. I can’t wear the clothes I like or the colors I prefer, having to avoid swimming pools and constantly having to take breaks from the gym while a bump heals is part of my life. I’m not able to have a regular job and I have a complicated relationship life, etc.

HS Disease has affected my whole life. Ever since I was young, coming to Canada was a dream of mine. Every time I was close to achieving it though, my condition would get worse and I had to leave it for later. Because I’m 36 I decided it was time and I was on the right path to finally achieve it. To stay positive while dealing with the negative feelings often associated with HS I used to let it all go. I had a very active social life and there was partying and time at the gym and being close to people. I have always liked long walks and having a dog has always helped me to get back on track and keep going.

I’ve told some people about my HS, but I don’t like talking freely about it to just anyone. I’ve found great comfort in just being me and dealing with a pain that most people will never understand and just try to act as normal as possible. Most people will just put on a sad face and try to inquire about it, but once they hear that there’s no real cure and look at pictures on google they often stop asking about it.

I do have my own HS hero in my life but it’s not a person, but my dogs Clegane [and before him was Mofin]. Both of them helped me to recover by giving me a reason to get out of bed and start exercising again, to feel useful. He really is my emotional support dog. For some people that may be hard to understand, but being single and moving from one place to another is hard. Having someone (or something) that will always unconditionally support you and be aware of you helps lot.

I’ve tried so many things to help manage my HS, and nothing seems to help with the physical part of it. The pain is often too much to handle and my best advice is to follow all measures possible, but trust in your mental health and make it the strongest part of yourself. The pain may reach a 10/10 but if your mind is strong, you’ll learn to deal with it and find a place where you can just be you and never let the pain get to you.

While I’ve had many positive experiences in my life, sadly, none were related to HS. I can say however, that knowing how strong I can be and recovering from each “episode” has taught me a lot about myself and how much I can endure when struggling.

If I could say anything to a HS Hero who is struggling, or a newly diagnosed HS patient it would be this. In your darkest moments, it’s hard to remember the best ones. If you’re asking why you, first ask yourself if you wondered the same whenever something really good happened?

We don’t get to pick most of the things that happen to us, but we have the opportunity to stand up and keep going. Just being here is a step forward and having the will to exist is enough. I know how difficult this may seem, I know how painful it is and how much harder things are going to get, but things can often have a bright side. Take this opportunity to get to know yourself, to learn about you and realize that you are much stronger than you thought and keep going.

Use the power you’ll harvest to improve your life because HS can give you bad days but that strength will be there every day. Use it to become a beam of light and show you the best version of yourself during the good days.