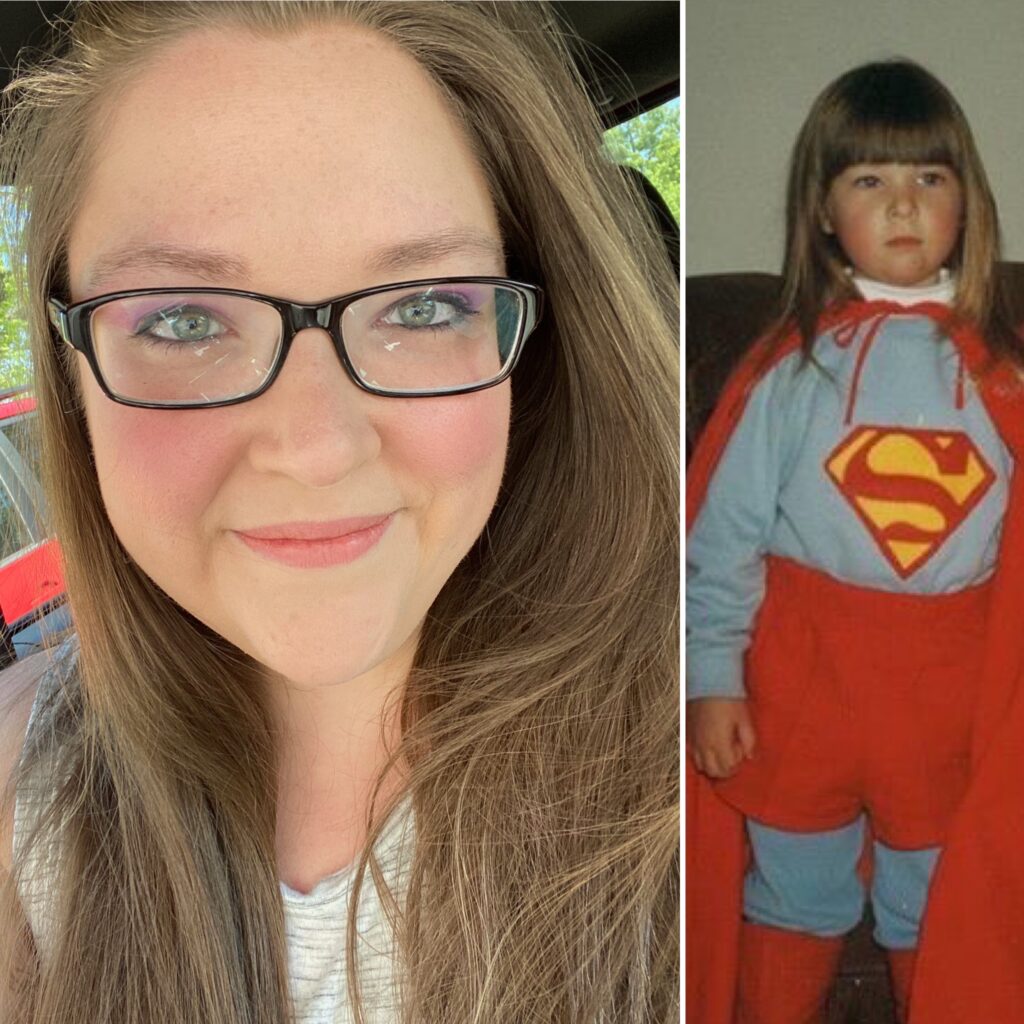 My name is Stephanie Carter and I’m a 30-year-old woman from Mississauga, Ontario. This is my HS Origin Story

My HS symptoms first appeared in 2003 when I was 13 years old. It began in my groin and I was too embarrassed to tell anyone about it so I started Googling my symptoms. Seventeen years ago, if you had Googled ‘lesions in groin’, the only answer you’d find would be herpes. Even though I wasn’t sexually active, my embarrassment turned to shame and I made the decision to keep it hidden from everyone in my life, including my doctor.

In 2007, the bumps started to affect my underarms, and when I had a lesion that lasted for more than three months, I finally told my family doctor about it. She treated me with antibiotics even though she wasn’t actually sure what was causing the lesions.

In 2011, I had a perianal HS abscess that broke inwards instead of out. After multiple surgeries, and many unforeseen complications, I ultimately came out on the other side with a permanent ostomy and a confirmed Hidradenitis Suppurativa diagnosis. A team of dermatologists at Mount Sinai Hospital in Toronto gave me the HS diagnosis when I had flared up from all the stress my body was under. After examining my history, they determined that HS was also the root cause of these issues I was having.

My HS is presently considered mild to moderate in severity. Along with HS, I have Polycystic Ovarian Syndrome (PCOS), and Granulomatosis with Polyangiitis (GPA/Wegener’s). Before getting diagnosed I had no real treatment for my HS, and now, pharmaceutically I am on Remicade, Spironolactone, and Metformin. Surgically I have had my underarms excised in 2014. Outside of those treatment options, I have also altered my diet. Currently, medication and diet seem to have my HS very well managed.

After getting so sick in 2011 that it took years for me to recover, it wasn’t until 2018 that I had my final ostomy surgery and I got my life back. Until that time, I had chronic, open wounds and would avoid leaving the house. I felt uncomfortable all the time and could barely move… not to mention the constant drainage from the lesions. I was a Baker before I got sick and going back to my passion had been pretty much impossible.

Now, I can run around with my nieces and nephew. I can go shopping with friends without fear of getting drainage on the clothing. I can swim at the beach and raise my arms without worry, and I also run a small cookie business from my home. I can set my own schedule and don’t have to worry about justifying my limitations.

There are several ways I try to stay positive when dealing with the negative emotions that can be associated with HS. When I was at my sickest, and didn’t feel like talking, I used movies as an escape and a distraction. Beetlejuice is always a favourite. What mostly gets me through is my family. They’re always there with unconditional love when I need a listening ear or a helping hand. My best friends have been there every step of the way to cheer me up and treat me with patience and without judgement.

I’ve talked to my friends and family members about my HS with both positive and negative reactions. My family found out when I was a teenager, but my friends only learned about it when HS put me in the hospital. Some were very supportive and they understood what I was going through, while others I lost because they couldn’t.

I found the more I talked about what happened to me to my family, friends and co-workers, it became less and less painful for me to tell people about. It’s been so long now that I can almost tell my story like I’m looking back and speaking about someone else. From 2011 until now, I’ve spent roughly 7 months living in hospitals, and my mother was there with me every single day.

She’d arrive early in the morning and wouldn’t leave until late at night. Linda Carter, she’s my Wonder Woman.

A tip that I use to help manage my HS that I think might be helpful to other Heroes living with HS has to do with diet. I’ve altered mine so I don’t eat sugar or gluten. I find that it’s really helped in the frequency and severity of my flares.

One positive HS experience I’ve had was with my Family Doctor. After being diagnosed with HS, my family doctor, who previously hadn’t heard of the disease, took it upon herself to learn all that she could about the disease so she would be better able to help me. She has since been able to diagnose others and get them the dermatological help they need.

I’ve also met other patients living with the disease and together we started HS Heroes. When I was a teen, I searched for answers, and now I have those answers. I’m able to educate others about this disease, no matter their age, so no one ever has to feel embarrassed or ashamed ever again!

When I was in the thick of it, people would tell me “Everything is going to be okay” and I found that hard to hear, so it’s not the advice I would give to a struggling HS patient now.

Instead, I would tell them that this problem will have its place in your life, and you’re allowed to feel everything you’re feeling. With the right team and treatment plan, you will find a way to live with and manage this condition. Our disease may help shape us into the people we are, but we are not our disease.