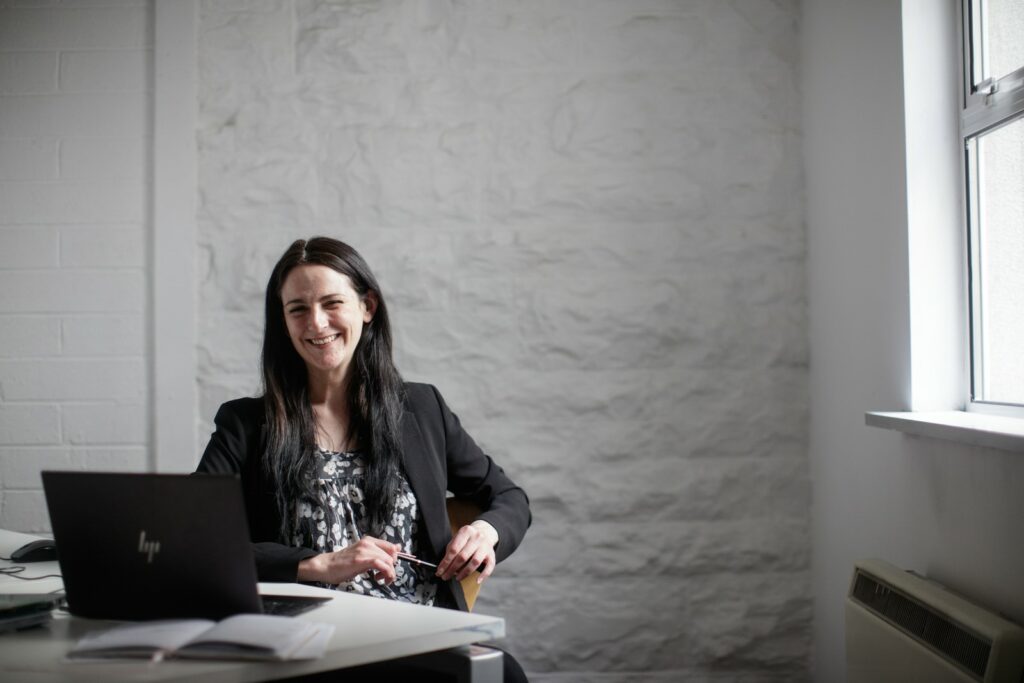 My name is Suzanne. I am a 37-year-old woman from Ireland and this is my HS Origin story.

I was about 12 or 13 when HS first appeared on my bikini line and thigh. My initial reaction was embarrassment and shame. I hid it until I was 17 – it got so bad that I had to ask my mam to bring me to the doctor. I was 23 when I was diagnosed formally by a Colorectal Surgeon. He had been testing me for Crohn’s disease, and was baffled by my HS lesions. He did some investigating and concluded that HS was my diagnosis. He referred me to Dermatology and the diagnosis was confirmed.

There are three stages of severity associated with HS and I have the most severe stage – stage 3. Apart from HS, I am a very healthy person. However, I do suffer from the usual fatigue and pain that comes with HS, and sometimes this can be difficult for me to manage. I’ve had a fairly typical treatment pathway I think.

I was prescribed countless rounds of short-term antibiotics for years, I would say well over 150 courses. Once diagnosed, I received steroid injections and more short-term antibiotics, as well as some long term mild antibiotics. Accutane was the next step but I refused that, and so I moved to a new dermatologist. He prescribed me a Clindamycin and Rifampicin combination, which I was on for almost one year. It did help a bit, but I became ill with side effects and had to stop taking them. I was also using all the usual topical treatments.

Next up was Humira, which I was on for almost two years, but it eventually stopped working. I had one four-week course of IV Ertapenem, which reduced my HS lesions quite a bit before a surgery. However, it was very inconvenient as I had to get a pic line inserted and a nurse had to come to the house twice a day to do the IV. From the time between my diagnosis and now, I have had 13 surgeries, four of which were quite extreme and left me bed bound for months.

After my last surgery in 2017, I was relatively okay and had no major issues. In 2018, the HS returned full force. I was managing as best I could without medication, until March 2020 when I became so ill I was hospitalized. I received a lot of IV antibiotics and was prescribed a biosimilar to Humira, with a higher dosage than I had received previously. I am starting to see the effects of it now and thankfully, it is beginning to calm things down for me. I was scheduled for quite a big surgery this past year, but Covid has delayed that. Instead, I am getting by with the medication and trying to stay as calm as possible.

There are a few ways I try to stay positive but honestly, sometimes I just let myself cry and be upset. Every now and then I’ll have a good cry in the bath! But I know when it is time for me to snap myself out of it. My family are a great support to me, and I can tell them if things are getting bad. I have developed a strong sense of resilience and have learned coping skills to help me bounce back from the darker days. Music, chatting to my sister, listening to my favourite podcasts and watching a funny TV show all help too. I try not to let myself wallow too much, but it’s important to allow yourself to feel the feelings, so that they can be processed in a healthy way.

It’s easy to get stuck in a cycle of negative thoughts, so I always challenge any negative thoughts I have and try to re-frame them into the bigger context of my life. For example, after a surgery I am in a lot of pain and I’m a bit more isolated because I can’t go out, so I become more dependent on my family. None of these are nice feelings to have, so I’ll allow myself to be angry, frustrated, and upset. Then, I will think about my life as a whole, and how this is just a small moment in my life where I feel like this, and I won’t feel like this forever. And I start to cheer myself up by being kind to myself and reminding myself that this moment will pass and tomorrow is a new day.

My drive to help myself and others with HS led me to starting my own company called HidraWear in 2016. (www.hidrawear.com) Firstly, and a very important foundation of the business is that we design and develop wound care products for HS patients specifically since there are not a lot of options for us. Secondly, we want to be a support for others with HS. I know how isolating it can be, so I wanted to create a website that is inclusive – where we can share stories and information. We also have several people with HS contributing to our website, writing blogs and making videos.  Finally, we conduct and fund research into HS, and will continue to do so as we grow. This year we submitted a paper on the personal impact of HS wound care for publication. Furthermore, we will be submitting another one early in 2021.

Before I started working on HidraWear, I only told a few people about my HS. My friends knew I had some skin issues and that I needed surgery, but they didn’t know the extent of it. Like a lot of people with HS, I was very good at hiding it. I also hid the more severe and distressing things from my family, so they would know I wasn’t well but they wouldn’t know how badly it was affecting me. Before HidraWear, I rarely told any work colleagues about it either. I often lied about it and made up other excuses as to why I needed time off. I also (stupidly) returned to work a lot sooner than I should have so I had to request even more time off (this was before I worked for myself).

Now everyone in my life knows about HS. My friends and family are very supportive and I wish I had told them sooner. I do regret it, not telling them earlier, but what can I do about that now? My colleagues at work are also very supportive. They understand when I start work at a later time if I’ve had a bad morning, and they are used to me sitting in funny positions!

Telling people was the best thing I could have done. I have not had any negative reaction to having HS, and if someone I know did say something mean or negative to me about it, I would not keep in touch with them. Simple as that! My big sister Laura is my hero. My family are all great (I have to say that or they’ll be jealous!) but my sister and I are very close and she is always there to support me. She knows exactly what to do to cheer me up or help me, and how to handle me when I go off on a big rant about how awful it can be to live with HS.

Also, the team of people I work with are heroes to me. They took a chance at joining my company. It’s risky to work in a start-up. But they joined because they want to work for a company that is making a difference. They all took it upon themselves to learn as much as they could about HS and they all work above and beyond to achieve our goals. There are four people in an office in Galway, in the west of Ireland, working solely on solving problems for people with HS. They are absolute heroes to me.

A tip I use to help manage my HS that might be useful to other HS Heroes would be to have self-awareness because it is so important – both mentally and physically. If you notice anything different or problematic about your HS, seek medical advice; don’t think you will be a burden to a doctor or to others. You have the same right to health as everyone else. Plus, there are a lot of actual time wasters going to the doctor with silly things. HS is a serious disease with serious impacts to our physical and mental health, so if you need help, seek it out and don’t ever be afraid to ask. You are just as important as everyone else in this world! The same goes for your mental health. Know when you are not feeling yourself, and learn resilience and coping skills to help you deal with the range of emotions you feel. It’s a rollercoaster ride, so we need to be aware of feelings and challenge our negative thoughts.

I have had many positive experiences related to my HS such as meeting the most wonderful people through different patient groups and organizations. I have made some genuine friendships there, and I am so grateful. I’ve also made a new career for myself that is meaningful and I love my job. If I could say anything to a fellow HS Hero who is struggling, it would be to please ask for help from someone you trust and don’t go it alone. There is so much support available, you will find an answer to your question or be able to share your experience with others. All you have to do is reach out.